We offer oven repair services. Our service rates are friendly and commercially reasonable. We serve customers in Nairobi and Mombasa. We fix all types of ovens currently in the market

Common Oven Problems and How to Fix Them
Is your oven not heating? Ranger burner won’t turn on? Oven door won’t shut? We have the solutions to these common oven problems and more.

Your oven is one of the most important appliances in your kitchen – you may not use it every day, but just try to get through the week without it! Whether you’re baking up a batch of cookies or a loaf of bread, or just throwing in a frozen pizza after a long and tiring day at work, you need your oven. So when something goes wrong with it, you need to know how to fix it – and whether it’s time to throw in the dishtowel and call the pros. Here’s your step-by-step guide to fixing seven of the most common oven problems:

1. The Gas Burner Won’t Light
If you have a gas stove, you can light the range burners with a match if the electric ignition isn’t working. However, if the burners won’t light, and it’s not the result of an obvious problem like a power outage, you should troubleshoot it.

Lift off the burner grate, burner cap and burner base.
Clean any food debris out of the burner with a toothpick or some compressed air.
Clean the grate, cap and case while you’re at it.
Check the wires connecting the igniter to the control module. If there’s a loose connection here, tighten it.
Burner still won’t light? You may need to replace the igniter. There could also be another problem, like a kink in the gas line. Time to call the pros.

2. The Range Burner Won’t Heat
If you have an electric stove, your range burners need electricity in order to heat up. Sometimes, these burners go bad and need to be replaced. If one of your electric burners won’t heat up, follow these steps:

Switch out the faulty burner with one that you know works. Simply unplug it from the burner socket and plug the working one in.
If the working burner heats up, the problem is your burner. Replace it.
If the working burner doesn’t heat up, the problem is either the infinite switch or the socket. Does the socket look burned or damaged? You may need to replace it.
Test the burner again. If it still doesn’t work, test and replace the infinite switch.
issue with oven temperature

3. The Oven Won’t Heat
An oven that won’t heat is usually the result of a faulty igniter (for a gas oven) or heating element (for an electric oven). If both your gas oven and your gas burners have stopped working, the problem is most likely with the gas line, and will require professional repair. However, you may be able to replace the heating element or igniter yourself.

Use a screwdriver to remove the old igniter or heating element. Heating elements are usually located inside the oven, while you can access an igniter from underneath.
To get to your igniter, remove the broiler or storage drawer.
Make sure to turn off the power to your oven before servicing it.
If your heating element is of the hidden variety, you may need to call a repairman to replace it for you.
4. The Oven Won’t Heat to the Right Temperature
This could be a problem with the temperature sensor, the gas igniter or the heating element.

Unplug the oven and turn off the gas, if it’s a gas model.
Pull straight up and out on the door to remove it from the oven. If it won’t pull up, look to unscrew any screws holding the hinges in place inside the oven.
Check the hinges. Replace them if necessary.
Check for broken door springs. Slide out the bottom drawer and look under the oven to see the door springs.
Remove any broken springs with pliers. The ends should be wrapped around two bolts. Replace them, rewrapping the ends of the new springs around the bolts.
Replace the silicone or rubber gasket around the door.
If the oven door still won’t shut, the door sensor may need to be replaced.
Related: Appliance repair near you

Appliance repair in Limuru
6. The Interior Light Is Out
Just like other light bulbs, the one inside your oven occasionally goes out. Here’s how to replace it:

Remove the bulb cover, usually by giving it a quarter-turn counterclockwise.
Remove the old bulb by pulling it straight out.
Using a dry cloth or gloves to handle the new bulb, replace the old bulb with one of the same type.
7. The Oven Won’t Self-Clean
What good is a self-cleaning oven that won’t self-clean? Here’s what to do if your self-cleaning cycle stops working:

Make sure you’re starting the cycle correctly.
Set timers and knobs correctly.
Manage your expectations. Large spills inside the oven will leave a layer of ash that may still require some manual cleaning.
If you’re still having trouble with the self-cleaning cycle, you’ll probably need to call a repairman to replace the door lock motor and switch, control board, thermostat or some other component that is keeping your oven from running the self-cleaning cycle.

If the electric oven that you use to cook your meals has stopped working, there are a number of possible reasons why. So you know you need to make some electric oven repairs, but which?

Most of the things that often go wrong with electric ovens are relatively easy to fix, so don’t start worrying about how you’re going to afford a new cooker just yet – first, have a read of this guide to common electric oven repairs and see if you might be able to correct the issue yourself.

SAFETY FIRST! Before attempting any electric oven repairs, be sure to switch off and unplug the appliance. Never work on an electrical appliance that is still connected to the mains. If in doubt, don’t risk damaging your oven and/or harming yourself – call in a professional.

Oven element
Problem: The oven is not heating up because the element (the bit that actually gets hot when you switch the oven on) isn’t working.

Solution: This electric oven repair is fairly common, to fix it order a new oven element for your appliance and use this to replace the faulty element.

How to replace oven heating elements >

Thermostat
Problem: Your oven’s thermostat – which measures the heat inside the oven and switches off the element once the desired temperate has been reached – is not working properly. As a result, your oven is not getting hot enough, getting too hot, or failing to heat up at all.

Solution: Purchase a replacement thermostat for your electric oven and replace the one that isn’t working.

How to replace your oven thermostat >

Terminal block
Problem: Your appliance is plugged in and switched on at the wall, but no electricity is reaching the oven and it won’t turn on at all.

Solution: You may need to replace your cooker’s terminal block so that electricity can reach the appliance itself.

Oven fan
Problem: The fan inside your electric fan oven is not functioning properly. As a result, your food is cooking unevenly (this happens because the heat is not being distributed evenly around the oven by the fan).

How to replace your oven fan >

Oven door seal
Problem: Your oven is losing heat because the rubber door seal is broken or missing. As a result, the oven takes longer to heat up and uses more energy than necessary.

Solution: Order a new oven door seal and fit to the door. 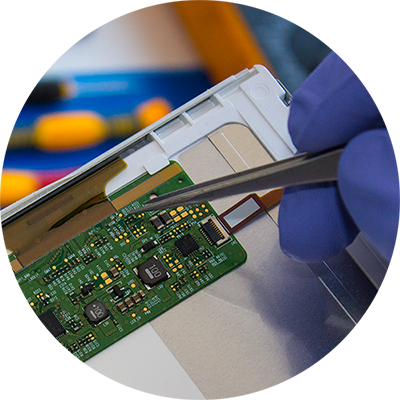 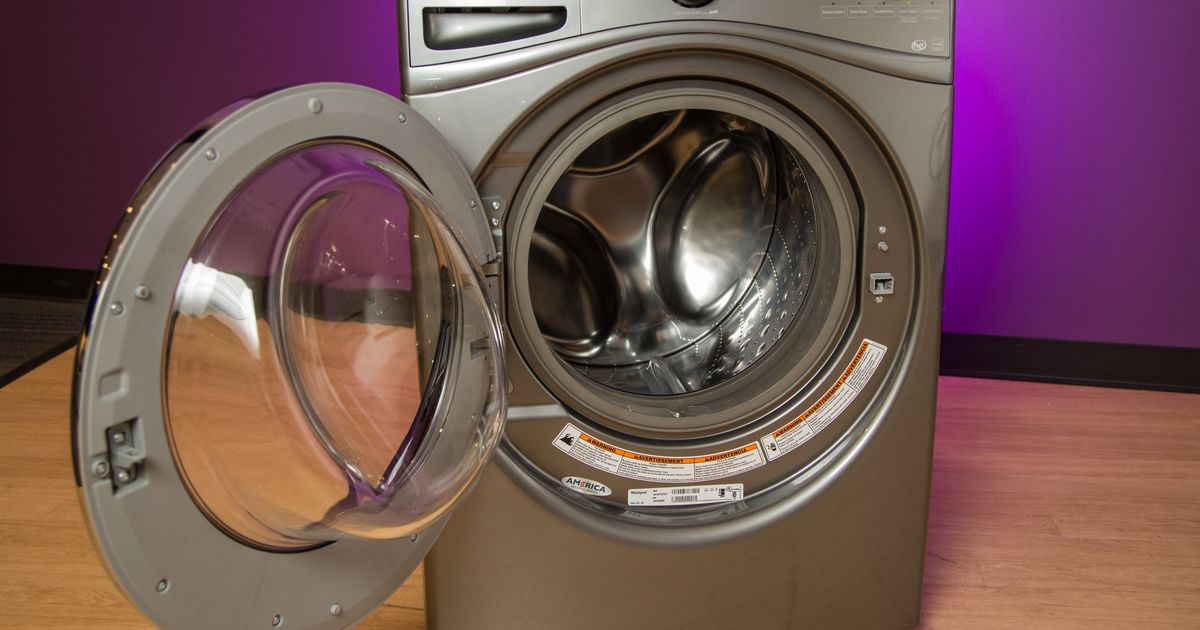 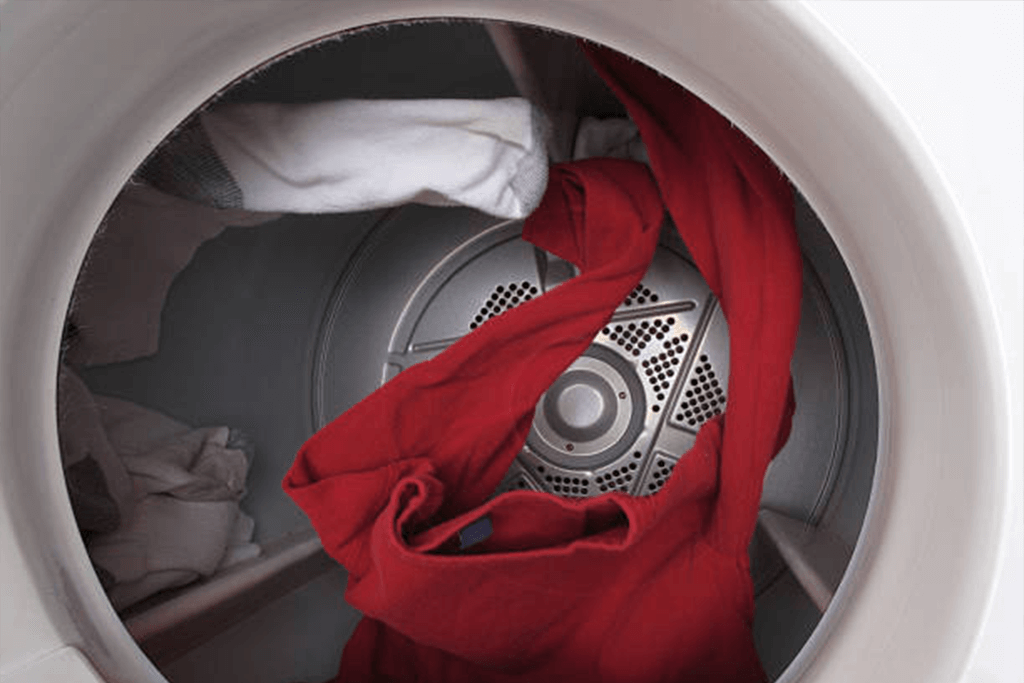 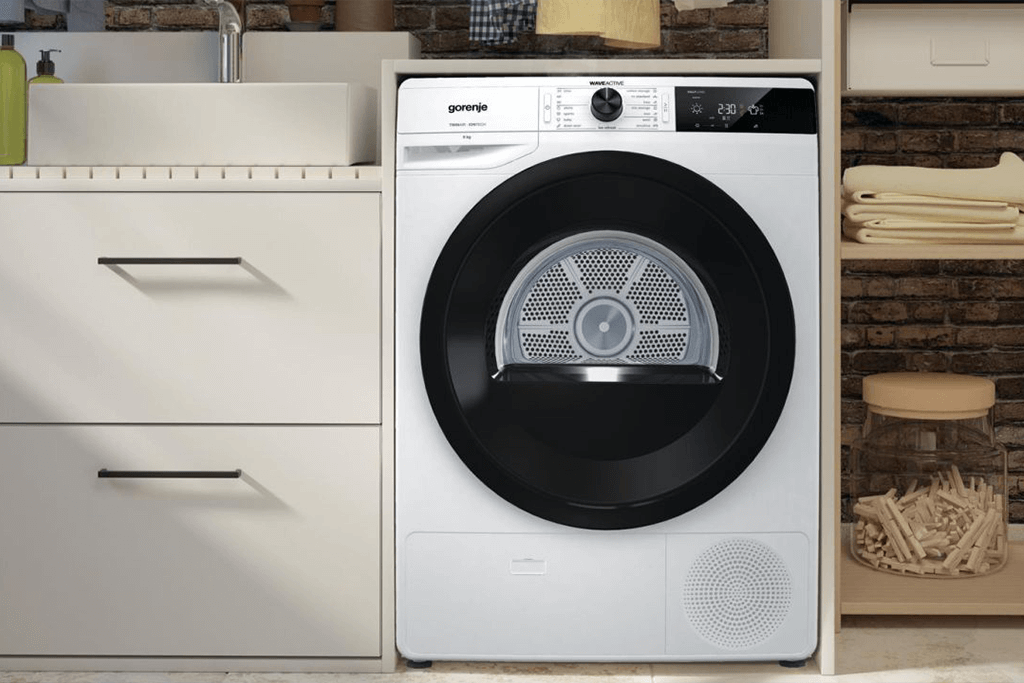 Call us to get a free quote now